Established in 1946, CASIO values creativity and ensures that every product is of high quality and is able to meet universal needs since its first electronic calculator was launched. The diverse products of CASIO include but not limited to timepieces, computers, calculators, electronic dictionaries, printers, digital cameras. In 1983, CASIO successfully created and launched the G-SHOCK series of “unbreakable watches”. Since then, CASIO business networks distributed worldwide and G-SHOCK became one of the most saleable watches in the world.

CASIO Computer Co., Ltd. was established in 1957, had developed the 14-1, the world's first compact all-electric calculator. It was widely adopted by companies, research institutes and government agencies. The desktop Calculator AL-1000(1967), CASIO Mini (1972) and graphic calculator CFX-9800G (1995) were developed afterwards. CASIO calculators are user-friendly and have high performance which are suitable in different industries. CASIO Calculators sold over 1 billion units in 2006. CASIO will continue creating new value by providing the important things people keep close in life, the things that naturally complement their lifestyles. 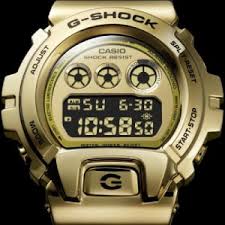